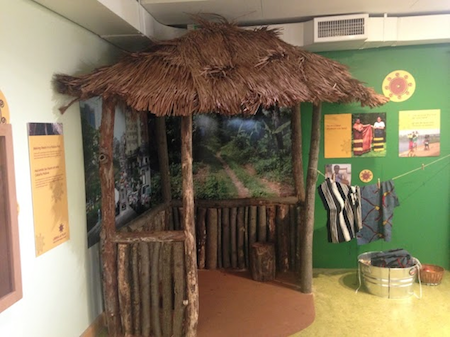 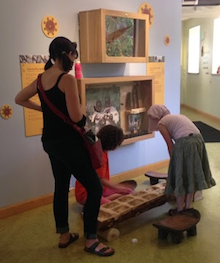 At the end of the summer, the exhibit will most likely go into storage, Niggli said. However, this does not mean an end for the more popular pieces from the exhibit.
“[After] the exhibit goes into storage, the Mancala board will likely be pulled out many times. It will come out on the floor for something, like Adult Swims or other events,” Jonathan Zarov, Director of Marketing & Communications for Madison Children’s Museum, said. “We’re really good at recontextualizing things.”
This idea of recontextualizing is something in which the Madison Children’s Museum prides itself. The nonprofit Madison entity looks for ways to reuse exhibit parts, like this Mancala board, so it can continue to keep its contemporary edge, Zarov said.
While the exhibit may come to an end in August, the collection’s artifacts will resurface in one way or another as the museum looks to further educate children about Liberia and Western Africa.
For more information about Liberia at Play, visit www.madisonchildrensmuseum.org. Madison Children’s Museum is open daily, 9:30 a.m. – 5 p.m.