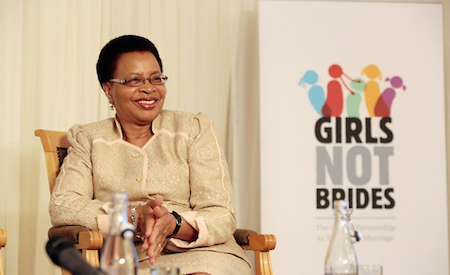 This article is Special to the NNPA from the New York Amsterdam News.
This year’s focus on accomplished women was not totally overlooked at the African Union Summit, despite its preoccupation with the president of Sudan, migration, xenophobia and other pressing issues.
An awards banquet was hosted by the African Union/Diaspora African Forum at the five-star Michelangelo Hotel in Sandton City, Johannesburg, Friday.
The presentation categories were the Living Legends Award, in recognition of the elders who have paved the way, and the Women of Excellence Award.
Recipients of the Living Legends Award were Nigerian business magnate Dorothy Anyiam-Osigwe; President Ellen Johnson-Sirleaf of Liberia, the first female head of state on the continent; Joyce Banda, former president of the Republic of Malawi; Dr. Nkosazana Dlamini-Zuma, current AU chairperson; and Winnie Mandela, South African anti-apartheid heroine and former wife of the former president of South Africa, the late Nelson Mandela.
Recipients of the Women of Excellence Award were Saida Agrebi of Tunisia, Nardos Bekele-Thomas of Ethiopia, Dr. Arikana Chihombori of Zimbabwe, Graca Machel of Mozambique, Justice Victoria Okobi of Nigeria, Nana Konadu Agyeman Rawlings of Ghana, Sama Salifu of Ghana and Dr. Julieti Tuakli of Ghana.
Speaking at the opening of the Second African Union High Level Panel on Gender Equality and Women’s Empowerment, African Union Commissioner for Rural Economy and Agriculture H.E. Tumusiime Rhoda Peace said more than 70 percent of women in Africa are victims of financial exclusion.
“African women face many barriers in accessing financial services, including the constraints of time and mobility, illiteracy, legal and cultural constraints and sexual discrimination,” she said.
Dlamini-Zuma observed that African women continue to labor in the 21st century with outdated means, such as the hoe, the machete and the pestle and mortar, as well as the grinding stone.
She expressed the commission’s vision that in 2015 and beyond, African women should have access to new technologies and work in a modernized and mechanized agricultural sector to fulfill the commitment and vision of the African Union, namely, that the hand-held hoe should be relegated to agricultural museums.
Consequently, the AUC, on June 14, launched an advocacy campaign during the summit by handing tillers symbolically to all 54 AU member states, signifying the commitment of the countries to mechanize agriculture and reduce the physical suffering of African women.
Mandela expressed gratitude for her award, saying, “I was almost reduced to tears when I got this invitation, but my tears dried up during the brutal times of apartheid.”
Graca Machel, widow of Nelson Mandela, said her award made her remember the women who suffered every day through abuse and rape. She dedicated her award to struggling women in rural areas and the 32 million girls in Africa who did not have access to education.
“This is also for the Chibok girls, who were simply targeted for seeking education,” Machel said. “We have to do much more than celebrating, because we are privileged and privilege comes with responsibility.”
This article is Special to the NNPA from the New York Amsterdam News.