The event was sponsored by The Capital Times, Wisconsin Public Radio, and First Unitarian Society Church.

Keith Woods, National Public Radio’s vice president for diversity in news and operations, led a panel conversation that included questions like: "What gets in the way of a good conversation across race and difference? What do you fear when you contemplate that conversation? And what makes it better?"
“It's stunning to see this many people coming out for this kind of conversation and I've been doing the work of talking about race for more than 20 years,” Woods told the overflow crowd. “It's stunning to see the collection of talent and knowledge and effort that is on this stage.”

Johnson said that we need to be able to have an open and honest conversation with each other if we are to make any progress. “Race is a very personal issue and sometimes when the issues are out there people are afraid to sit and talk to one another,” Johnson said. “If you don't talk to one another, how can you learn about another race or another culture? Sometimes, I ask people to simply just do small things: invite people to your house, have an open and honest conversation, be vulnerable and willing to learn. If you don't do that, people begin to become segregated and it keeps us from becoming a better community.”

Mitchell said that he's afraid to be seen as something that he isn't and that he won't allow himself to be in the same room with a white woman unless the door or a window is open. “I fear that people think that if I'm passionate [they] will think I'm angry; if I raise my voice, [they think] I'm going to hurt you,” he said. 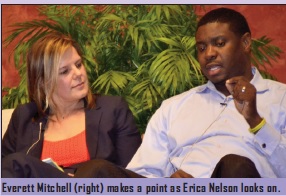 "My greatest trepidation is the fact that I know we have had qualitatively different experiences — not that I think we have, I know we have," Ladson-Billings said.

Rev. Gee said it's difficult to talk about race with someone if there isn't a level of trust built up. “I need to build that personal relationship before we do that and that relationship takes time,” Gee said. 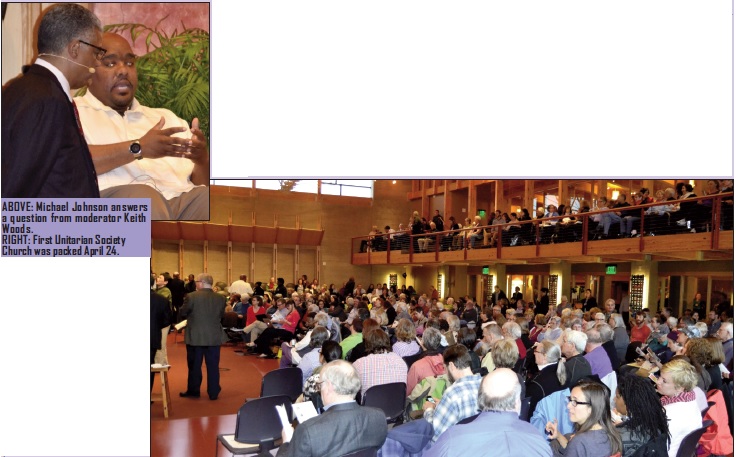 Woods recalled an instance where he was at his daughter's soccer game and was standing with a white mother in the crowd watching the game talking about his 23-year-old who was just about to graduate from college.

“The parent said to us, 'Well, I hear that they really want diversity at Florida State,'” Woods remembered. “With the absence of knowledge of the person I am talking to, I begin to form in my mind everything that I think she is thinking and I assign to her a whole vocabulary and biography that I'm about to respond to.  [But] in this moment, I took a breath and we just kept talking. But my wife and I had a conversation about it later and I felt disappointment in myself at the opportunity missed at one level to let her know that I wasn't really happy with the thing she just said. The implication as I heard it [was] that my child needed the boost because clearly she was a diverse child and couldn't get into college otherwise. I don't know if that is what she meant because I never asked the question. I never engaged her in the moment. Because that conversation could be difficult, complex, dangerous.”