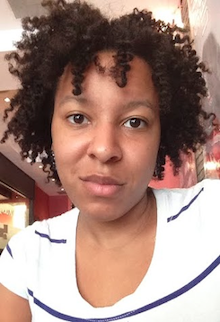 Amber Walker
“She [Dolezal] believed that she could define what it means to be Black and, ironically, that mindset of ownership over someone else’s identity reinforces the system that she sought to dismantle.”
Throughout our tumultuous experience in the United States, Black folks have welcomed allies in the fight against racial discrimination. From White abolitionist William Lloyd Garrison and his newspaper, The Liberator, to Chinese author and activist Grace Lee Boggs serving as a confidante of Malcolm X in the 1960s, African-Americans have a rich history of partnering with people from a wide variety of backgrounds to get “the work” done. Allies have an important place in any movement. They help to showcase that the struggle for equality is not just a problem for the people that experience it, but it affects us all. This is why it is hard for me to reconcile Rachel Dolezal; her support for and investment in the Black community would have been just as welcomed without her performance of Blackness. Dolezal’s one-dimensional interpretation of Black, female identity further illustrates just how much work she has left to do if she truly seeks to understand the community she claims to care so much about.
One thing I want Dolezal to understand is that allyship is not a passive experience. It is not about how you dress, how you talk, or how many connections you have with a certain group. Allyship inherently requires action. You have to have respect for people and their goals; you have to listen and be okay with the fact that the people you wish to partner with may not want you to weigh in on a particular issue; you have to know when to lend a hand and when to silently support; and, you have to build relationships with people who share your identity to help them to understand how their actions contribute to a larger power structure. It is possible to revere and feel connected to a culture or a struggle that is not your own, but in order to be a good ally, you must respect your identity in a greater context, and realize how you could be an oppressor yourself.
To her credit, Dolezal’s advocacy resume is as extensive as it is impressive. Unfortunately, Dolezal’s work is overshadowed, and in some areas contradicted, by her performance of Black female identity. As a Black woman, it hurts me that Dolezal thought she could sum up my identity with such a paltry and non-critical approach. To me, her performance of race represents a fetishization of Black female identity. Donning a curly weave or long individual braids, applying some bronzer, attending an HBCU, posting a few “sassy” statuses on social media and constructing acts of discrimination against yourself does not make you Black. In fact, the experience of being Black and female in America is just as numerous and varied as the people who occupy the identity. Her attempts to “pass” for Black and pose as false shepherd for African-Americans, showcases her White privilege. She believed that she could define what it means to be Black and, ironically, that mindset of ownership over someone else’s identity reinforces the system that she sought to dismantle. At the end of the day, Rachel Dolezal can wipe off her color, take down her hair, resign from her position, and retreat into the relative comforts of her white identity. For Black women and our true allies in this struggle, walking away from that burden is not so easy.