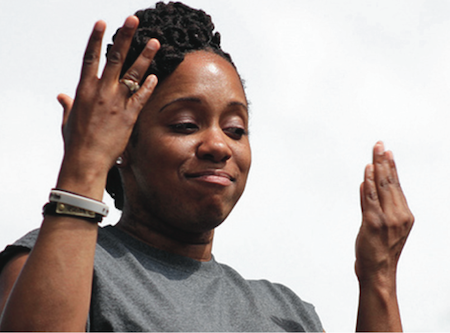 It’s no secret that the stamp of historic segregation is still seared into black and white Americans’ speech.
But it did surprise readers to learn a few years ago that a group of linguists and sign language experts had published a book and DVD – “The Hidden Treasure of Black ASL” (Gallaudet University Press) — describing the history and structure of a distinct form of signing they had identified among deaf African Americans.
When the Post published an article about Black ASL, it challenged many assumptions: Some people believed that sign language is universal — a kind of manual Esperanto that would allow deaf users the world over to communicate across cultures.
Wrong.
Others thought of signing as manual translation of spoken language, so that English, American and Australian signers, for example, would be able to understand one another.
Wrong again. 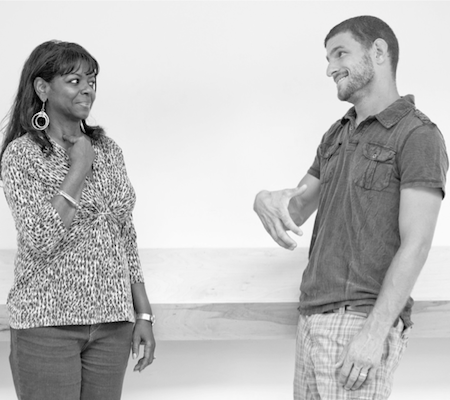 Sign language that African Americans use is different from that of whites
In fact, because of their common history, French and American sign languages are more closely related than British and American signing systems, which are mutually unintelligible.
Just as in any spoken language, there are variants or dialects within each of these sign languages that reflect the identity of their users. In that light, the existence of Black ASL shouldn’t be surprising. “The Hidden Treasure of Black ASL” was the first formal attempt to describe a system that not only reflects the history of segregation but also the ongoing influence of spoken black English. 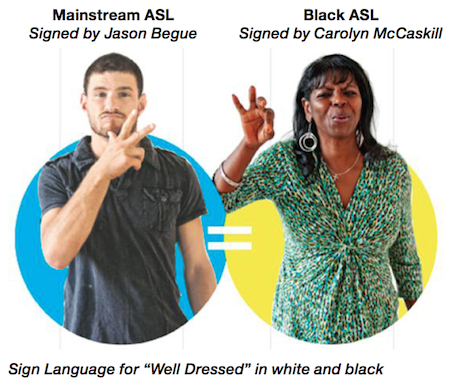 Two distinct signs for “well dressed”
We asked the authors Carolyn McCaskill, Ceil Lucas, Robert Bayley and Joseph Hill to let us know what’s happened since the book’s publication and what might be coming next. Their recent research is revealing another divide: the unique and ongoing segregation faced by black deaf families who share their deafness with white deaf families but often have more in common, culturally, with black hearing families with whom they can’t readily communicate.
The following comments are distilled from the researchers’ responses.
Did your book have any notable impact in terms of recognizing (and thus legitimizing) the distinct form of sign language used by African Americans?
Since the May 2011 publication, the book and DVD have had an impact within the black deaf community and beyond, according to Lucas. One example: High school diplomas were withheld in the 1930s to 1940s from black students at the Kentucky School for the Deaf, the only explanation being discrimination. The project helped raise awareness of Black ASL, and soon after publication efforts were made to get diplomas to the students or to their families, with the school organizing a special ceremony for this purpose. The Kentucky School for the Deaf, one of the earliest, was opened in 1823 for white students. The “Department for Negro students” followed in 1884. And the school was integrated over a period of 6 years, from 1954 to 1960. It is a microcosm of education for black deaf students, says Lucas.
Is there any new research underway?
Out of 96 participants in the Black ASL project, nine were from deaf families, meaning that there were at least two generations of family members with a history of deafness, according to Hill and McCaskill. Since the book’s publication, those two authors have been carrying out an ethnographic project on language and life in black deaf families in which ASL is the primary means of communication. Participants in the Black Deaf Families Project answer the questions about their families, such as the number of generations that had deaf family members, how they communicate with each other, their typical family traditions, and how they rely on each other for support.
The study shows there are a lot of black deaf families, just as we have known since 1817 that there are a lot of white deaf families; also that black deaf people are affected by the same racism and prejudice that affects black hearing people. The result is that black deaf families share deafness with white deaf families but typically have more in common with black hearing families. By “families” the researchers mean at least two generations — parents and their children — but in most cases, three, four or five generations. That is very distinct from deaf children born to hearing parents and who are the only deaf person in their families.
A study of Black Deaf families like this has never been done, adds Lucas. There are several published studies on white deaf families and on a Hispanic deaf family, but nothing on families who are black and deaf. So the work is truly groundbreaking.
What are the prospects for creating a dictionary of Black ASL?
We’ve had dictionaries of sign languages since Gallaudet professor William Stokoe’s 1965 “Dictionary of American Sign Language on Linguistic Principles,” which was organized not according to the English alphabet, a – b – c etc., but in order of ASL hand shapes, locations and movements. Since that first dictionary, there have been many made for a wide range of sign languages around the world, using the same principles.
A dictionary of Black ASL would take into account lexical items that are unique to the Black ASL used all over the United States by black signers, and would have to distinguish them from regional signs that are used by both black and white signers. There is some overlap.