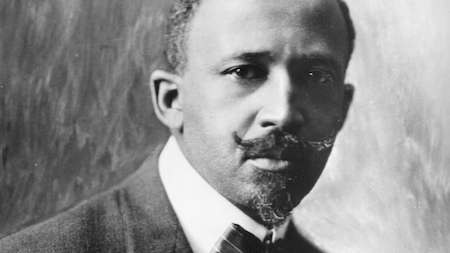 W.E.B. DuBois
Among his numerous titles, “civil rights activist” might be William Edward Burghardt DuBois’s most influential.
He’s more commonly known as W.E.B. DuBois. Although the Lenin Peace Prize Winner grew up in the relatively integrated town of Great Barrington, Mass., he was no stranger to the gruesome violence, senseless racism, and destructive racism that plagued the world around him. At an early age, he began to write about the racism he saw even within his mild town. His schoolteachers helped him to foster his writing skills.
Later, DuBois would move on to pursue a college education at a predominantly African American college, Fisk University in Nashville, Tenn. There, DuBois first experienced prejudice masked as legislation: Jim Crow laws and segregation. In the late 1880’s, racism in the form of a lack of black suffrage, discriminatory hiring and education, and lynching approached a deadly climax.
Despite the bitter social climate, DuBois acquired his bachelor’s degree from Fisk and moved on to acquire yet another in history from Harvard College. After an extended trip to Berlin, Germany to study sociology, DuBois returned to the United States. He attended Harvard University and became the first African American to receive a doctoral degree from the prestigious university.
DuBois hardly left the academic sphere afterwards. He took several teaching positions at universities. While teaching, he began a prolific writing career, during which he published some of his most infamous work: The Philadelphia Negro, The Souls of Black Folk, and others.
At the dawn of the 20th century, DuBois began to take part in momentous conferences that would shape the beginnings of a civil rights movement. During this time, DuBois shared his fame as a civil rights activist with Booker T. Washington. DuBois’s views differed from his Washington’s greatly. This became clear after the Atlanta Compromise, an agreement between he and a number of Southern white governing leaders, which offered African Americans education and a few other minor economic advances in exchange for whites’ freedom to segregate, discriminate, and prohibit blacks from forming unions. DuBois wholeheartedly disagreed. Rather, he preferred not to settle and argued that African American should have all of the educational and economic freedom available to whites in addition the freedom to unionize and seek justice.
In 1910, DuBois took part in the foundation of the National Association for the Advancement of Colored People (NAACP). DuBois suggested the term “colored” instead of “black” to include not only African Americans, but anyone of a race discriminated against in the United States. He would be named the organization’s first Director of Publicity and Research.
One of his first moves as a leader of the NAACP was to push for the banning of lynching. DuBois completed in-depth research on the gruesome burning and lynching Jesse Washington.
In the years before World War II, DuBois would make visits Soviet Russia, Nazi Germany, and Japan. Just before leaving the states, he finished his final book, Black Reconstruction in America, which contained years of his own research on African American life after the Civil War. However, the book didn’t see much popularity until half a century later.
At age 76, DuBois was fired from his professorship at Atlanta University. Controversy and differing philosophies surround DuBois’ termination, as some administrators at the school were known to disagree with DuBois’ forceful, non-conformist views.
So, DuBois returned to the NAACP as the Director of Special Research.
In the final years of his life, DuBois spoke at a number of peace conferences. He continued to travel around the world, visiting a number of communist countries, which he later wrote highly of, despite their flaws. With the progress of the Cold War, he would later lose his passport for associating with communists and eventually becoming an official member of the party.
At the age of 90, DuBois ventured to Ghana to witness the inauguration of the first African president of the country. On Aug. 27th, 1963 the 95-year-old’s health deteriorated, causing his death.
DuBois’ death hardly meant the end of his cause, however. Only a year after his passing, the U.S. saw the passing of the Civil Rights Act of 1964.
Even today, the NAACP continues to uphold DuBois’ ideals of equal education, economic opportunity, and justice — especially as we see police brutality against young, male African American takes a turn for the worst.
In this age, where assumptions may lead to death, it could be essential to think of DuBois’ words: “Herein lies the tragedy of the age: not that men are poor, — all men know something of poverty; not that men are wicked, — who is good? not that men are ignorant, — what is Truth? Nay, but that men know so little of men.”