Dating violence can happen to any teen in a romantic, dating, or sexual relationship, but it does not have to happen at all. Thanks to a local violence prevention program, young men are learning more about healthy, respectful relationships, and what they look and feel like.

The MENS (Men Encouraging Nonviolent Strength) program is one of Domestic Abuse Intervention’s (DAIS’) main prevention initiatives. It aims to support young men in their development of a healthy male identity in a society that sends many mixed messages. The program works with high school males, usually over 10 or more sessions that focus on topics like gender roles, communication, and conflict resolution. DAIS staff and school staff co-facilitate the sessions, and they encourage peer leadership.

Looking at relationships, over lunch
On Feb.13, eight students at La Follette gathered over their lunch hour for MENS group, and welcomed this Madison Times writer to attend.  DAIS Prevention Program Coordinator Faye Zemel started off the session on healthy and unhealthy relationships by asking, “Have you ever been in love?”

Going around the room, each guy took their turn and talked a little about a special relationship they’ve had in the past. One young man said he was in love with a girlfriend of two years, while the others referred to having “strong feelings,” “real strong feelings, never felt that way before,” or really liking someone.

What words come to mind when you think about what is a healthy relationship, and what an unhealthy relationship is like, Zemel queried. In terms of a healthy relationship, the students shared words like faith (“you’ve got to have faith in your partner…”), supportive, loyalty, partner (“…basically, someone who will listen to you and be right by your side”), belief (“in each other, goes with trust”), dependable, respect, honesty, equality, love, being real.

Referring to equality, School Counselor Calvin Taylor asked what the young men in the room thought about housework and sharing things around the house. School Counselor Amy Schwab got down to the nitty gritty, asking, “Whose job is it to cook?” One person responded that it depends on who wants to; if a person works all day as a cook, they may not want to come home and cook, too. Another young man stressed that “you don’t want her to feel she doesn’t have a say in anything.”

The comment was made that people need to be well rounded: “A woman can teach you a lot of things, but a woman can’t teach you how to be a man.”

The group also engaged in dialogue about the concept of caring for someone vs. loving someone. “You’ve got to start with liking someone,” one young man stated. “You don’t start out with love.”

Words the young men brought up to describe unhealthy relationships included jealously, cheating/adultery, trying to change somebody, can’t be yourself, feeling uncomfortable, secrets, and trying too hard.

During the discussion of different ways to act while in a romantic or dating relationship, one young man said, “If you have a sister, treat her like you’d want your sister to be treated.”

Using a handout showing the harmful power and control wheel, Zemel stressed that “dating violence is a pattern of behaviors used to exert power and control over a dating partner.” Physical abuse or threats of physical violence are the forms of dating violence that often first come to mind; however, cyber/digital, economic, emotional, and verbal abuse exist as well.

Multicultural Service Coordinator John Milton and Taylor shared something Taylor experienced earlier that day, and a scenario involving watching a sad scene in a movie, and started a conversation with the guys on the subject of men crying.  One young man said he feels better when he cries and lets out stress, but pointed out that many times people are quick to judge when they see a guy crying.

Another young man indicated that if he saw an adult man crying, he’d think, “Good, because you’re not doing something stupid (instead of crying).”

Milton stressed, “You just don’t know who’s going through what,” from looking at the outside, and gave some ideas of ways to ask a person if they want to talk.
“As an African American male, prepare yourself where you have a group of friends you can reach out to…” advised Milton. “Every person goes through a difficult stage in their life.” 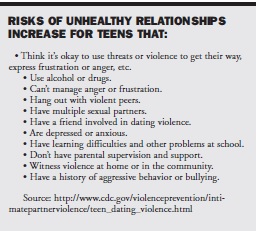 Getting the guys to the group
So how did each of the young men find out about the La Follette group in the first place, and what do they like best about the MENS program or why do they come back?
Prince said he didn’t know where he was going the first time he came to the group; he was just following (his friend) Pierre. He enjoys it because it’s “a time to express myself and the things that are really happening in my life right now.”

Like Prince, Greg said he didn’t know what it was about when he first went, and he, too, appreciates having a supportive place to express himself.

Earl said it’s a place where you can talk about things, that if you talked about these same things with friends at lunch, they’d probably laugh and maybe make fun of you.

Tre’nard (Tre) said he’s attended MENS group since Day 1 when it started last fall, because Mr. Milton told him about it and he trusts him. He likes that they tell true stories about themselves.  “It’s pretty much a big deal to me,” Tre’ added. “I like it.”

Pierre decided to come to the group after Tre’ told him about it. “I already know how to be a man, I know Mr. Milton. I see him as a true man….He can probably teach me how to be a better one.”

Demonterryo (DJ) commented, “We know it (what we say) will stay in the room with people we trust.” Miles also echoed the sentiment that he appreciates that things said stay between the members of the group.

Elijiah, who has been with the group for some time now, said what keeps him coming back is Mr. Milton, “but also, it’s a sense of belonging. What happens outside doesn’t matter, because here you can be yourself.”

After the guys returned to class, Milton commented, “I think what’s really great about La Follette (MENS group) is we all bring something unique, our own perspectives….”
Zemel said of the team of mentors and facilitators, “We’re always modeling good communication and healthy relationships between adults, which is healthy for them (the young men) to see.” 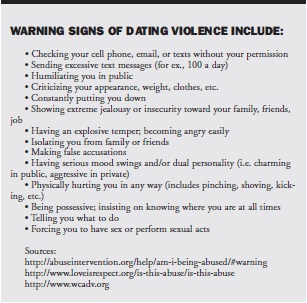 The newest MENS program
The Work and Learn, Alternative Education Program just started a west side location in addition to the east side. “What is special about Work and Learn is that it’s an institutionalized part of the curriculum, so all men go through the program as part of their semester,” explained Zemel.

February is National Teen Dating Violence Awareness and Prevention Month. For more about intimate partner violence and healthy relationships, visit http://www.cdc,gov/features/datingviolence/ or abuseintervention.org, or call the DAIS Helpline 24/7 at (608) 251-4445.