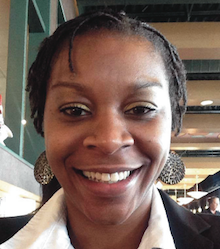 Sandra Bland
A law enforcement officer committed violations during the traffic stop of Sandra Bland, an African American woman found dead inside a Waller County jail cell.
According to a preliminary review by the Texas Department of Public Safety, authorities spotted violations of the department’s procedures and courtesy policy in dash cam video showing a state trooper’s interactions with Bland on July 10.
Bland, from the Chicago suburb of Naperville, moved to Texas to work at Prairie View A&M University, the historically black college from which she graduated in 2009. She was arrested on July 10 in Prairie View following a traffic stop, and authorities say she hung herself Monday morning in a Waller County Jail cell about 60 miles northwest of Houston.
Bland’s death comes at a time of increased national scrutiny of police after several high-profile cases where African Americans have been killed by officers or died while in custody.
The deputy involved is now performing administrative duties pending the outcome of an investigation.
The Waller County District Attorney’s Office said it planned to release video of that traffic stop, along with footage from inside the jail hallway. The Waller County District Attorney’s Office says first, the FBI will look into whether the video has been tampered with or not.
On Friday, a group of protesters marched from the jail in the small Texas town of Hempstead to the courthouse. The march led by Houston activist Quanell X covered about half a mile. Demonstrators shouted “No justice, no peace!” and “We demand answers!” Many carried signs.
As Bland’s family and friends search for answers for what happened, a prosecutor said Thursday that he will present the findings of a Texas Rangers’ investigation to a grand jury. The FBI is also investigating the circumstances surrounding Bland’s death.
Waller County District Attorney Elton Mathis said an autopsy found Bland died by asphyxiation and that she used a plastic bag to hang herself from a partition in her cell. He also said that although jail video didn’t show what went on in Bland’s cell, it showed no one went in or out of it from the time she was placed there until a jailer found her unconscious.
Family members say they do not believe she would commit suicide.
Bland’s college friend Lanitria Dean, says she does not believe Bland would kill herself despite social media videos showing her friend talking about battling depression.
Waller County and state officials spoke about the investigation surrounding Bland’s death. By state requirements, inmates should be checked on by deputies every hour.
In Bland’s case, county officials say, deputies didn’t check on Bland for an hour and a half before they discovered her dead body. However, they claim someone spoke with Bland through the intercom system.
Discovered Friday in records from the Texas Commission on Jail Records, the Waller County jail was cited in 2012 for not checking on inmates face-to-face each hour as required.
The Waller County District Attorney says they will deal with Bland’s investigation as their top priority. They also plan to address the jail issues with the Waller County sheriff.