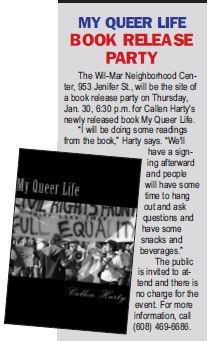 “My Queer Life “is currently available on Amazon.com and on Harty’s website, www.callenharty.com/books.