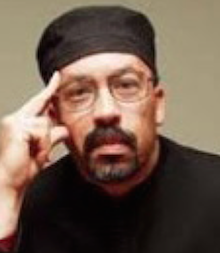 Bill Fletcher, Jr., NNPA Columnist
A video of Chris Rock has made the rounds in which he offers a critique of Major League baseball and its relationship to Black America. The monologue is funny, sad and very profound. He attempts to explain the distance that has emerged between Black America and a sport that it actually helped to build.
I have watched the Chris Rock video several times, usually showing it to someone who has yet to view it. Each time, I find myself thinking about his final comments, i.e., that Black people do not need baseball, but baseball needs Black people. I think that I would humbly rephrase that statement. It is without question that, over the long term, Major League Baseball needs Black America as its current fan-base ages out and as younger people grow intolerant of the pace and culture of the game. On the other hand, I actually do think that Black America needs baseball, though it does not necessarily need Major League Baseball, at least major league baseball as we currently know it.
What has struck me in reading and hearing about the period of the Negro Leagues, or the period of the desegregation of baseball (roughly 1947-1975), is that baseball, and its progeny, e.g., softball; stickball, were community sports. It was not just that teams represented communities, but that the sport itself seemed to knit communities together.
In basketball, even street basketball, there is little space for mixed talent, especially when one is playing full court. The game truly is for the best and while some members of the community who are not the best – people such as me – could occasionally play, it was in baseball, softball and stickball that you always sensed that chance for excitement and greatness, even for those who were not the most talented.
Perhaps it is that baseball truly is a team sport. Yes, you can be an outstanding hitter or pitcher, but there is no question that you cannot win the game by yourself or even you and one other person. Baseball, softball and stickball really taught me about collective action in a manner unlike any other experience during my childhood, a theme which would become central to who I became as an adult.
In this sense, I strongly believe that Black America needs baseball. I do not mean that we need the Major Leagues, as such, nor do I mean that baseball will be the route out of poverty for the bulk of Black America. Rather, the baseball that we need is the culture that surrounds the actual sport. We need the sense of the team, including the reality of unevenness. We also need to regain the sense that the game does not end with a single play nor, necessarily, when the gong sounds. Sometimes the end is drawn out, necessitating that the team is prepared for a protracted struggle in which victory is never guaranteed.
Bill Fletcher, Jr. is the host of The Global African on Telesur-English. He is a racial justice, labor and global justice activist and writer. Follow him on Twitter, Facebook and at www.billfletcherjr.com.