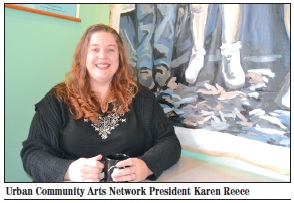 The Urban Community Arts Network (UCAN), with support from Madison Media Institute, will present the fourth annual Madison Hip-Hop Awards (MHHA) show at 8 p.m. on Saturday, Nov. 9 at the Barrymore Theater, 2090 Atwood Ave.
Tickets are currently available for $10 at the Barrymore Theater’s website — www.barrymorelive.com or can be purchased at the door. Donations for the event can also be made at the MHHA website.
For more information, visit www.MadisonHipHopAwards.com