The Madison Hip-Hop scene came together around great music, celebration, and giving back to the community as the Urban Community Arts Network (UCAN), with support from Madison Media Institute, hosted the fourth annual Madison Hip-Hop Awards (MHHA) show on Saturday, Nov. 9 at the Barrymore Theater.
UCAN Vice President Mark ‘Shah’ Evans served as emcee for the event.  Over the last few months, hundreds of fans casted votes in this year’s Madison Hip-Hop Awards contests and the winners were:

“The Barrymore was filled with everyone from those instrumental in starting Madison's Hip-Hop scene 30 years ago to those just getting their start,”   said UCAN President Karen Reece. “The unity and excitement in the building was refreshing and inspiring. As a result of the support of the Hip-Hop community and local businesses, UCAN will be able to make a nice dod Girls Club CAPA programs.” 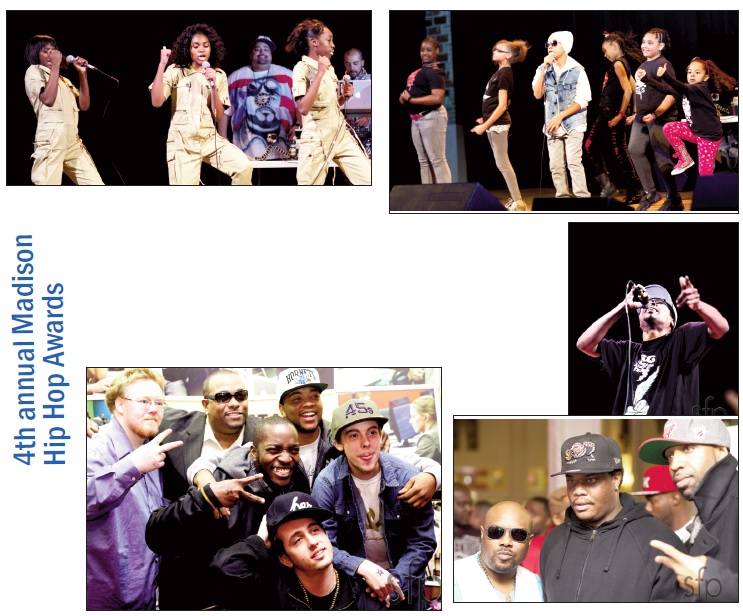