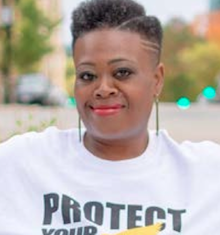 Dear Progress: The father of my two children (5 & 2 years old) hasn’t spent much time with them. He comes around to see them only a few times a month. He’s always either looking for a job, about to get fired from a job or has NO job at all! Meaning, he barely helps out financially. We don’t agree on anything where our kids are concerned. For example, I don’t believe in buying my kids overly expensive shoes and clothing, especially when they are growing so fast. It just doesn’t make sense to spend $80 on shoes when that money could be used for food and bills. Every Father’s Day he tries to go hard like he’s been a good father all year long.
He comes over with matching outfits for him and the kids and takes them for a good portion of the day. He and the kids visit his family members and he pretends to be father of the year for the day. I’m sick of it! All year long I’m being the best mother that I can be to the kids and he doesn’t even have the courtesy to say ‘Happy Mother’s Day’ to me! Would I be wrong if I didn’t let him take the kids this year for Father’s Day? I mean it’s already been about two weeks since he has even bothered with them and I’m really fed up with his childish antics!
Dear Fed Up: Whew! I feel your frustration woman! Slow down and take a deep breath. Actually take two long breaths. You’ve been holding it down mostly by yourself to ensure your children are healthy and happy, that’s love. Motherhood, in and of itself, is beautiful. However there’s no doubt that it’s frustrating when the other parent may not be as involved as you’d like. I hope that you have family and/or friends that you can depend on when you need to talk and simply unwind.
Have the two of you tried to have a civil conversation about what’s best for the children? That’s a good starting place if you haven’t done so, or if it’s been awhile since you last tried. Share with your children’s father the expenses that you’re incurring just in ensuring the children’s needs are met. Let him know that you and the kids need for him to be consistent. Have you considered though that the expensive gifts may be because he’s attempting to make up for time in between visits? It could also very well be because he’s irresponsible and a bad decision maker, too! Either way, I’d suggest having an open but chill conversation with him where the two of you discuss how much further those dollars could be stretched.
To your question, YES, you’d be wrong! Matter of fact, you’d be real petty to stop him from seeing his children for the day for no other reason than he’s getting on your nerves! You haven’t mentioned that he’s abusive or that the children don’t like him. I get your frustrations and believe me, I know that it’s hard dealing with a parent who in your opinion isn’t meeting your expectations. You’d be behaving just like his “childish antics” if you don’t allow the children to go with their father. There are issues that need to be worked out, but your children aren’t pawns and shouldn’t be used to teach him a lesson.
Sit your children’s father down, love, and let him know how his behavior is affecting you. How it’s affecting your children. He may or may not listen to you – but at least you would have let out some of those frustrations. You won’t be able to control him and make him into the kind of father you’d like him to be; that’s squarely on his shoulders. You can, however, control your actions towards him!
Much love, Progress
Named one of BRAVA Magazine's 2015 Women to Watch, Sabrina Madison or as you may know her “Heymiss Progress” is a poet, motivational speaker, entrepreneur and change agent. She can be reached through her website, About Sabrina "Heymiss Progress" Madison, at www.heymissprogress.com.