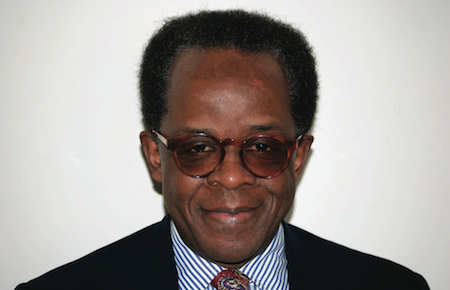 Lee A. Daniels
Without the video, North Charleston, S.C. police officer Michael T. Slager would likely have gotten away with murder.
Without the video, we wouldn’t see Officer Michael T. Slager have the, shall we say, presence of mind, to quickly retrieve what appears to be his Taser and plant it beside the lifeless body of Walter Lamar Scott.
Without the video, Officer Michael T. Slager would no doubt have quickly been coached on the techniques of making himself appear in news media interviews the victim of the lethal encounter with the Black man he killed, 50-year-old Walter Lamar Scott.
Without the video, the conservative punditocracy and talk-show jockeys would be raging that the dead man’s action again proved that Black and Brown civilians are “waging war” on police.
But we have the video – one of the technological innovations that increasingly have helped suggest what people of color face from an alarming number of White cops – and the first-degree murder indictment of Officer Michael T. Slager.
And so we are faced with a long list of powerful questions: Why did Slager pull over Walter Lamar Scott’s vehicle? Was it really for a broken taillight? Or, was it because Slager, feeding off the power of his badge, wanted to show some Black person – any Black person – who’s boss?
What, then, was going through Slager’s mind that led him to not give chase to the unarmed, slow-footed Scott when he ran, but quickly and calmly pull his gun and fire eight times at the fleeing man?
I think some part of the answer to these questions and the many others that must be asked can be found in a recent instance of a police encounter with Black teenagers that did not escalate to violence but was nonetheless revealing.
That incident – captured on a police car camera – occurred in Minneapolis March 18. Four Black teens of Somali descent, having just finished playing basketball at the YMCA, were driving home when they were pulled over by the police for making a U-turn. The police ordered the youths out of the car at gunpoint and handcuffed them, while they searched the car and ran background checks on the car to see if it was stolen and on the youths to see if any had criminal records. They found nothing. None of the youths had a criminal record, and they were subsequently not charged.
But at the beginning of this hour-long ordeal, a police camera captured this exchange between one of the police officers and one of the youths he was handcuffing: “Plain and simple,” the officer says, “If you [profanity] with me, I’m going to break your leg before you get the chance to run.”
The youth responds, “I never said I was going to run.”
The officer answers back, “I’m just giving you a heads up. Just trying to be officer friendly right now.”
“Can you tell me,” the youth persists, “Why I’m being arrested?
The officer responds, “Because I feel like arresting you.”
Is that it: that some White cops’ need to show these “colored people” a White man can control their freedom whenever he “feels like” it? Is that attitude why Officer Michael T. Slager pulled over the vehicle driven by Walter Lamar Scott?
In the aftermath of Scott’s murder, some Black North Charleston residents have said that police constantly racially profile Black drivers there.
Comedian Chris Rock’s recent social-media posting of his being repeatedly stopped by police while driving near his suburban New Jersey home suggests that, for Black and Brown drivers, that otherwise legitimate police duty remains laced with racist intent.
Further, we can go down the long, long list of just recent, controversial White cop-black or brown civilian encounters and ask is that why so many of them have a palpable undertone of menace: Is it because the White cops are acting on their “feelings?”
A final question: How often does a Black or brown person’s chance of surviving an encounter with a White cops come down to whether that officer or those officers have decided to be or not be “Officer Friendly” at that moment?
To put that another way: How often does it come down to whether the police officer or officers have decided at that moment to be a public servant of integrity, or a criminal?
Lee A. Daniels is a longtime journalist based in New York City.