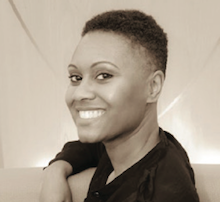 Angela Fitzgerald
Growing up, I can remember playing the video game Mortal Kombat, where at the end of a round a booming voice would announce to “FINISH HIM!”
At this point, the victor had a few short seconds to execute a series of commands in a very specific order that would carry out a complex sequence of blows against the other player and win the match.
I was always intrigued by others’ abilities to carry out finishing moves, but could never quite carry out a finishing move on my own within the time allotted. Until now that is.
I’ve been executing a plan to eliminate my debt until I owe the beautiful amount of $0.00 to debtors.
Just ‘managing’ debt is no longer good enough for me. I work hard for my money and I would like for it be mine (with the exclusion of taxes and other monthly expenses, of course) and not be dwindled down after what I’ve paid to debtors.
I also want to prove to myself that I can actually do it! — that it’s possible for me to accomplish a goal that I’ve worked hard towards without having an extremely high salary or seducing a wealthy older gentleman to become my sugar daddy (wink, wink).
Jokes aside, the thing that motivates me the most to pursue debt freedom is simply that — freedom.
Any goal that has any chance of succeeding requires a well thought-out plan. Being the research-minded and analytical person that I am, I devoured any and everything related to personal finance; I began the process of becoming debt-free.
There are so many amazing (and free!) resources out there that provided me with a framework that I could then personalize to fit my debt payoff goals.
One of the first tips that I came across was the idea of creating a debt snowball plan. A debt snowball is a method of accelerating debt payments by incrementally increasing those payments until all debt has been paid off. For example, let’s say you have three existing forms of debt that you’re trying to eliminate: a department store credit card, a car loan and a student loan. To execute the debt snowball plan, you could either organize your debts based on the amount or interest rate. Organizing debts based on amount allows you to pay off the lowest debt amount first, which helps to boost morale for continuing to knock out your remaining debt while organizing debts based on interest rate (regardless of the amount of the loan) saves more money in the long run when it comes to interest.
With either method you choose, the minimum amount is paid on all loans except for the target loan – which is either the smallest loan or the loan with the highest interest rate.
In my case, my smallest loan also happened to be the loan with the highest interest rate. This target loan would also get the minimum amount paid, along with an additional amount that fits your budget. Any amount above the minimum is a good start when aiming to pay off debt early.
For our example, let’s assume we’re aiming to pay off the store credit card first and that you’ll pay an additional $100 per month towards paying off that debt, which has a minimum payment amount of $50. After successfully paying off that credit card, you would then proceed to target your next debt – the car. Remember how we were paying the minimum amount on the car loan before? Well that’s about to change. Since you’ve successfully paid off your credit card (go you!), you now have an extra $150 to contribute to your car loan. Assuming a minimum payment of $150/month is required for your car, your new car payments would become $300/month.
Due to the extra money you’re putting towards paying off your car (twice the minimum payment at this point), you succeed in paying off your car in half the time you expected. Winning!
Now you see that last student loan, lurking around the corner, trying to hide. You have a take-no-prisoners approach now and continue to apply the debt snowball to pay off your student loan. Your original student loan payment of $200 per month has now more than doubled to $500 per month as you put the money you were originally paying towards your credit card and car to your student loans. You succeed in paying off your student loan in no time. Congratulations!
You have succeeded not only in kicking debt to the curb, but you now have an extra $500 per month to use at your disposal.
Aggressively paying off debt isn’t for everyone and the rate at which you can pay off your debt is based off individual circumstances.
I plan to later share some techniques that have helped me pay off over $30,000-worth of debt in my first year of becoming serious about debt freedom. I am in the process of ‘finishing him’ and you can too!
If you would like to share your debt freedom goals or tips you have used to become debt-free, please contact us at browngirlgreenmoney@gmail.com. Also, follow us on Facebook to keep the convo going: www.facebook.com/browngirlgreenmoney.