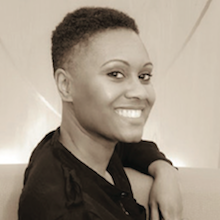 Angela Fitzgerald
I’ve been super health conscious as of late and the motivation to get it right and tight is driven by a friend’s upcoming nuptials in beautiful Jamaica – which I plan to attend. And while I don’t anticipate getting my groove back, as I don’t think my groove has fully been actualized as of yet, I would like to think that I could catch Winston’s eye should the need arise. Jokes aside, I am excited for my friend as she prepares for her married life. And while I have supremely enjoyed the single life, I do occasionally ponder what married life could look like. On the one hand, it would be awesome to have a live-in bestie; but, that bestie might not be in agreement with my non-traditional meal choices (a dinner of popcorn and dark chocolate almond milk for the win!). Needless to say, I’m not quite ready to make that leap, but I view married life as a beautiful thing that may happen for me one day. As I finalize my travel plans to attend the nuptials, I couldn’t help but to reflect on the financial ramifications of marriage. Two incomes joining forces definitely provides an income boost to the now combined household, or could lead to divorce if conversations are not had early on to plan for marital financial success. As a singleton, here are three areas that I am currently addressing and that I believe will contribute to later financial success in marriage.
I am currently very much enjoying my place in this world as a party of one who can pretty easily plan for a trip to Jamaica without having to check in with someone else. But I also wouldn’t be opposed to a change if the right person comes along. In the meantime, I will continue to do me – financially speaking that is – as this will not only support me but also, potentially, us.
Angela is a researcher/program evaluator by day, and crime fighter by night. And by “crime”, she means the perceived inability to turn dreams into reality. She can be reached at browngirlgreenmoney@gmail.com if you’d like to share your money story, chop it over life goals, or all things Shonda Rhimes. Also, check out Brown Girl, Green Money on the book of faces at www.facebook.com/browngirlgreenmoney.