By Ana Martinez-Ortiz Earlier this week, the nation celebrated National Voter Registration Day. As the name suggests, the purpose of the day is to encourage eligible voters to register to vote – a pre-requirement when it comes to casting a ballot. Milwaukee officials used the day to encourage residents to not only check their registration […]

The Fall Midterm Election is less than four weeks away. Let that sink in – and then, take action. First, make sure you are registered to vote at your current address. Go to MyVote.WI.gov, select “Register to vote,” and enter your name and date of birth. If you find out that you are not already registered to […] 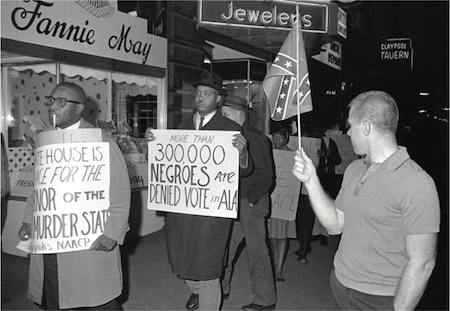 By Nate Cohn, The New York Times February 20, 2015   A man held a Confederate flag as demonstrators, including one with a sign saying "More than 300,000 Negroes Are Denied Vote in Ala," marched in front of an Indianapolis hotel where George Wallace, the governor of Alabama, was staying in April 1964. Credit Bob […]