By Ana Martinez-Ortiz Shortly after the Associated Press announced Vice President Joe Biden as the president-elect and Sen. Kamala Harris as the vice president-elect, President Donald Trump sent Wisconsin a petition and a $3 million payment. The petition asked that the votes be recounted in Milwaukee County and Dane County. The recount began on Friday, […]

By Dr. Sybil C. Mitchell The New Tri-State Defender The Memphis-based Black Farmers and Agriculturalists Association (BFAA) and the Stine Seed Company are in wait-and-see mode now that a March 15 deadline for mediation between the two entities has passed. The most recent movements in the case pitting the two included the Stine Seed Company […]

Federal judge denies Census Bureau motion to dismiss suit over inadequate government preparations for the 2020 Census By NNPA On Jan. 30, The National Association for the Advancement of Colored People (NAACP) and its allies won a major court ruling that allows them to proceed with a federal lawsuit challenging the government’s inadequate preparations for […] 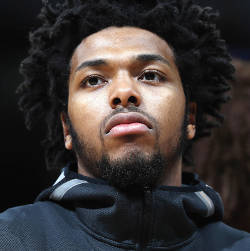 By Ana Martinez-Ortiz Last month body camera videos depicting the incident involving Milwaukee Buck’s player Sterling Brown and officers from the Milwaukee Police Department (MPD) were released. This past Tuesday, Brown filed a federal civil rights suit against the MPD and the city of Milwaukee. Back in Jan., Brown was approached in a Walgreen’s parking […]

By Lauren Victoria Burke (NNPA Newswire Contributor) On March 19, several civil rights groups filed suit against the Department of Homeland Security (DHS) to release the contents of the agency’s redacted memo referred to in government documents as the “Race Paper.” The Center for Constitutional Rights along with Color of Change first uncovered the existence […]