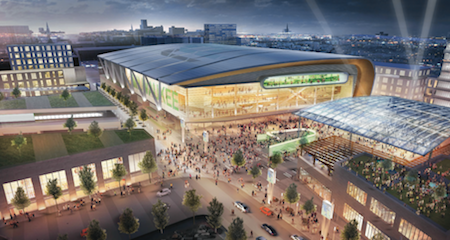 By Srijan Sen July 31, 2015 A rendering of the new arena, by Populous Architecture. The Wisconsin state senate passed a bill 21-10 that proposed public funding for the new Bucks arena. The bill, now traveling to the state assembly, is expected to pass without many hurdles. The plan would preserve the NBA franchise in […]