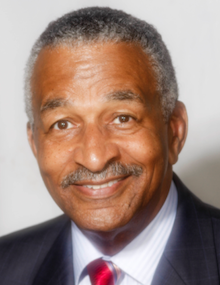 James Clingman, NNPA Columnist
For the past 50 years, most of our conversations and efforts have been centered on politics. Reminiscent of the Reconstruction Era, when Blacks occupied political office for the first time, many of our politicians are just figureheads, toothless tigers, and lackeys for the establishment. Many of them are simply “employed” and are only concerned about keeping their “jobs.” Many Black politicians actually work harder on behalf of others than they do for their own brothers and sisters. We must change our conversation from politics to economics.
Before you political hacks get angry, let me say that we must continue to be involved in politics. We must run for office and we must leverage our votes, by all means. But we cannot afford to stop there. We saw what happened in 2008 and 2012; both times Black folks were told to “go out and vote.” We were told we must vote in even greater numbers in 2012 than we did in 2008. We did it, and we still cannot even get a hearing on reparations. A few years ago, P Diddy told the young people to, “Vote or die.” They voted and yet, when it comes to economic empowerment, they, and we, are nearly dead. Like I said in a previous article, where is the “Start a business or die” campaign, the “Pool our money or die” campaign?
Black people must realize that while our relatives fought and died for voting rights, those folks didn’t die so we could spend the majority of our time “playing” politics. They wanted us to take our participation to the next level. Similarly, Black folks, your relatives and mine, also lost their lives because they chose to go into business. Where is the rallying cry today for entrepreneurship?
Black politicians who do absolutely nothing for Black folks, come out every couple of years to tell us how good they have been and what they support on our behalf. What a load of fertilizer that is. Even stranger is the fact that Democrats and Republicans, liberals and conservatives do the same things. We may duck the “right” cross, but we still get hit by the “left” hook. In other words, we have nothing coming from either political party, and they have proven that to us time and time again.
Since our vaunted voting “power” is so important to the two major political parties, we should be using it in ways that support the most important political principle: Quid pro quo. We should be leveraging our votes; otherwise, why participate at all? It really doesn’t matter what color the politician is. What matters most is what Black folks are getting from the system, and Black folks are getting the shaft from most of our politicians. You know it, I know it, and they know it. It’s bad enough that the leadership in the two major parties really doesn’t care about us. One is throwing Mike Tyson right crosses and the other is throwing Joe Frazier left hooks at us, causing us to be off-balance, out of sync, and off-kilter, as we try to avoid their vicious haymakers.
The political “leaders” who continue to tell us that all we have to do is vote to change things should be voted out of office. This voting for all Democrats or all Republicans by Black folks is nothing short of political suicide. Carter G. Woodson said, “Any people who would vote the same way for three generations without thereby obtaining results ought to be ignored and disenfranchised.”
The old game of Black folks being all or nothing to either party has proven to be our political demise. We give our all and get nothing in return. Eighty years ago, nearly all Blacks voted Republican. Now, it’s just the opposite. Neither scenario has worked, so why do we continue that insanity? Black folks have been getting hit with right crosses and left hooks since we got into this political game, and now we need to start throwing some punches of our own.
The hardest punches we can throw are economic punches. We must be willing to take off the gloves and go with bare-knuckles into the marketplace and let our presence be known by withholding and redirecting our dollars. We must put our money where our mouth is and contribute to politicians who speak and act on our behalf. The only things that count with politicians are dollars and votes – in that order. We must leverage both to get what we need from either the “Demopublicans” or the “Republicrats.”
As the right crosses and left hooks continue to be thrown by crooked, immoral, and unethical politicians, both White and Black, let’s get busy economically and start punching back, before we get knocked out.
Jim Clingman, founder of the Greater Cincinnati African American Chamber of Commerce, is the nation’s most prolific writer on economic empowerment for Black people. He can be reached through his website, blackonomics.com. He is the author of Black Dollars Matter: Teach Your Dollars How to Make More Sense, which is available through his website, professionalpublishinghouse.com and Amazon Kindle eBooks.