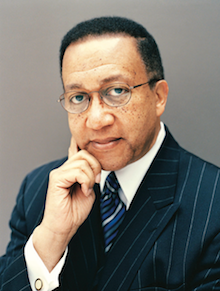 Benjamin F. Chavis, Jr., NNPA Columnist
Mass incarceration in the United States is counterproductive and disproportionately causes a long-term injury to Black Americans and others who remain trapped in poverty and disillusionment. How is it that the richest nation on earth and the most technologically advanced society now has the largest prison population in the world?
Michelle Alexander’s brilliant best-selling book, The New Jim Crow: Mass Incarceration in the Age of Colorblindness, provides a classic analysis of the twin problems of race and injustice. Alexander revealed how the so-called criminal justice system reinforces racial discrimination and bigotry aimed particularly against Black Americans and other people of color. Whether it is an “old” or “new” Jim Crow, the impact of decades of massive unjust imprisonment on the Black American community continues to be devastating.
The “war on drugs” launched by the Reagan administration in the 1980s devolved into a “war on Black America” where the courts and prisons became institutions to expand the racial oppression of more than 1 million Black Americans. Incarceration rates in the U.S. quadrupled over this period.
According to Alexander, mass incarceration in America targeted Black Americans and maintained by a “racial caste” system of laws, policies and institutions. Alexander explained, “The term mass incarceration refers not only to the criminal justice system, but also to a larger web of laws, rules, policies and customs that control those labeled criminals both in and out of prison. Once released, former prisoners enter a hidden underworld of legalized discrimination and permanent social exclusion. They are members of America’s new undercaste.”
I agree with Michelle Alexander that this caste system needs to be successfully challenged. The challenge is how to end the mass incarceration caste phenomenon. What strategies will be effective to end this injustice? This is an important question today. Yet, there appears to be some reluctance in the current public discourse to address this issue forthrightly.
There are some who state correctly that we have made considerable progress in America toward a more just and equitable society over the past 60 years. However, that’s only half the story. The reality in 2015 is that the issue of over-incarceration and the lingering debilitating impact of the system of injustice that continues to negatively impact millions of Black American families should be a national priority. But it isn’t.
Even as many of our national civil rights organizations add mass incarceration to a long list of other issues of serious consequence, there is not yet a national consensus that it should rank at the top of that list. The truth is that poverty, unemployment, internecine violence within our communities, poor health care, economic inequity, and inadequate education can all be traced to the short- and long-term suffering that mass incarceration continues to have on Black American families.
Now is the time to make move this issue to the top of the agenda. In the wake of the recent report by the U.S. Department of Justice about the systematic racial injustice in Ferguson, Mo., we should understand that what is happening there in St. Louis County is not limited to Missouri. The “caste” reality of judicial and correctional injustice is a national issue. Every state, especially where Black Americans are concentrated, you will find the largest manifestation of mass incarceration.
The Justice Department report found that the consequences of mass incarceration in Ferguson went beyond just arrests; they also involved extracting large sums of money from those unjustly charged and jailed. Emails from police officers and court officials further exposed how commonplace racial prejudice was in Ferguson. Police Captain Richard Henke sent in on email, “We shouldn’t worry about [Obama] being president very long because what black man holds a steady job for four years?”
There needs to be a stronger and more effective national coalition established to end mass incarceration in America. Ironically, and this is good news, there appears to be a convergence of commitments from both liberals and conservatives to stand together to tackle this social, political and economic contradiction that stands in the way of the U.S. becoming a more perfected union of democracy, freedom, justice and equality. The time to end mass incarceration is now!
Benjamin F. Chavis, Jr. is the President and CEO of the National Newspaper Publishers Association (NNPA).