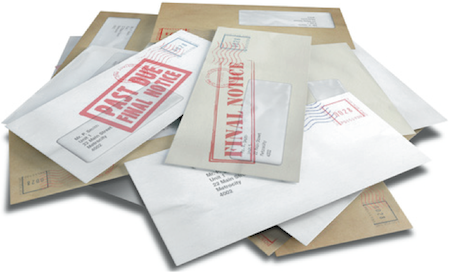 Nisa Islam Muhammad is Special to the NNPA from The Final Call.
A new report by the Center for Responsible Lending has revealed what many consumers have known for years. Debt collectors often cross the line with abusive behaviors.
From coercive language to outright lies about debt to forged documents, federal and state regulator investigations into debt buyers and debt collectors revealed a pattern of abuses prevalent within the industry.
Recent investigations have forced debt collectors to pay tens of millions of dollars in fines for multiple instances of illegal activity.
The report comes as several state legislatures are considering legislation to put in place new rules-of-the-road for debt collectors to protect consumers.
“People should not be sued and they should not have their wages garnished for debts they do not owe or for stale debts,” said Lisa Stifler, a policy counsel at the Center for Responsible Lending and one of the authors of the analysis.
“Unfortunately, our analysis shows that consumers are often unfairly hurt by debt collectors making improper use of the court system to collect questionable debts. The burden of proof should be on debt collectors to document that a consumer owes a debt upfront before they initiate a lawsuit.”
Debt buyers and collectors purchase debt from consumer creditors and then attempt to collect. Unscrupulous collectors often engage in illegal and predatory behavior to pressure or force consumers to pay up.
The abusive debt collector’s business model often relies on pursuing quick court judgments against consumers. In many cases, consumers do not appear and the resulting default judgments result in wage garnishment. Consumers with similar names, John Smith, for example, have been sued and seen their wages garnished because of incorrect, inadequate or deliberately mistaken documentation.
The full report by the Center for Responsible Lending provides information on recent state cases brought by attorney generals and regulators in New York, Arkansas, Pennsylvania, West Virginia, Minnesota, Colorado, Maryland and Texas.
The cases showed debt collectors sued over debt that was too old, engaged in harassing behavior, used illegal collection tactics, charged exorbitant interest and falsified or presented fake documents in court.
The abuses of debt collectors found in federal cases include what the federal Consumer Financial Protection Bureau called a collector with a team of only eight lawyers a “lawsuit factory” after it used “robo-signed” documents (documents mass signed with little to no review) to file 350,000 suits against consumers since 2009. The Federal Trade Commission shuttered one debt collector for engaging in abusive behavior and fined several others.
The center urged lawmakers to combat these abuses. Lawmakers have the power to require debt collectors to verify that a consumer owes a debt before initiating a collection attempt, or a court case. They also could bar collectors from suing over debts beyond the statute of limitations, could stop collectors from selling debts they know have been paid off, or debts that lack adequate documentation to verify the debt.
Nisa Islam Muhammad is Special to the NNPA from The Final Call.