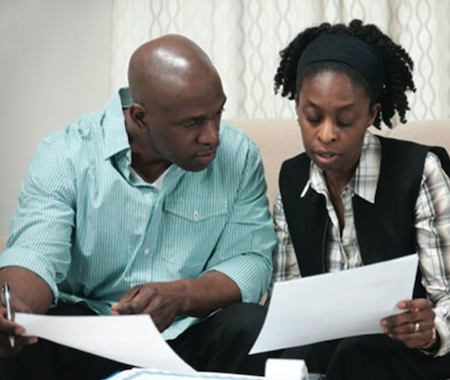 Right now, the bureau is also continuing investigations of major debt collection firms regarding collections practices.
(NNPA) — Financial stress can feel like a lonely struggle. But according to a new report by the Consumer Financial Protection Bureau, 460,700 consumers shared many of the same financial concerns and contacted the agency for help in just six months last year.
During this period, the bureau related investigations and enforcement actions on a range of financial concerns from discriminatory credit card practices to violations of federal laws to protect military service members and more brought $1.6 billion in relief to consumers.
Since its inception in 2011, the bureau has helped more than 15 million consumers nationwide and cumulatively recovered more than $5.3 billion in relief. Some could say that returning monies to consumers is just a case of the squeaky wheel getting the grease. However, Bureau Director Richard Cordray takes another view.
“Through fair rules, consistent oversight, appropriate enforcement of the law, and broad-based consumer engagement, the Bureau is helping to restore American families’ trust in consumer financial markets, protect consumers from improper conduct, and ensure access to fair, competitive and transparent markets,” said Cordray.
Created in the aftermath of the worst recession of this generation, the bureau became the cornerstone of the Dodd-Frank Financial Reform Act and the nation’s first federal agency with the sole focus of protecting consumers in the financial marketplace.
For communities of color, who became targets for predatory loans, the bureau’s enforcement authority provides a two-pronged government action: financially penalizing lenders that violate fair lending laws and then compensating affected consumers.
Another Dodd-Frank provision requires that the bureau make semi-annual reports to Congress detailing its actions, rule making and efforts to ensure that all financial markets observe fair, competitive and transparent transactions. Of all the complaints filed during the reporting period of April 1 – Sept. 30, 2014, debt collection was the number one concern measured by consumer complaints at 36 percent. Among military service members, debt collection was an even larger concern at 53 percent. Right now, the bureau is also continuing investigations of major debt collection firms regarding collections practices. The bureau’s analysis of complaints reveals the most troublesome practices are collectors pursuing them for debts not currently owed. Consumers cited how collections continued despite identity theft, bankruptcy discharges or even debts owed by other consumers.
“The volume and types of debt collection complaints underscore many of the problems that exist in the debt collection and debt buying industry today,” said Lisa Stifler, policy counsel with the Center for Responsible Lending. “These problems, such as questionable and incomplete information about debts and consumers, often result in the abusive and harassing behavior about which individuals complain. Fortunately, the bureau’s rulemaking, oversight and enforcement activity should help to address many of the most harmful debt collection practices.”
In mortgage lending, more than 80 percent of the issues were about two specific problem areas: inability to pay and problems with loan servicers or escrow accounts when payments were being made. Borrowers facing foreclosure have told the bureau their concerns with fees charged as part of the foreclosure process. According to complaints, the fees pose a substantial obstacle to avoiding foreclosure, as many servicers do not roll them into the loan balance. In other instances, consumers never receive an itemization of fees assessed, but are given a one line-item reinstatement quote.
If you or someone you know believes he/she is troubled by a consumer lending issue, the center accepts online comments or complaints on auto loan or lease, bank account services, credit cards, credit reporting, debt collection, mortgages, student and payday loans. Complaints can also be filed by phone at 1-855-411-2373. Mailed and faxed complaints are also accepted.
Director Cordray told the House Financial Services Committee, “The premise at the heart of our mission is that consumers deserve to be treated fairly in the financial marketplace, and they should have someone stand on their side when that does not happen.”
Charlene Crowell is a communications manager with the Center for Responsible Lending. She can be reached at Charlene.crowell@responsiblelending.org.