By A. David Dahmer
Novermber 19, 2014
Forward Community Investments hosted a community conversation Nov. 21 at Olbrich Botanical Gardens on the role community finance and investing can play in advancing equity in our communities. 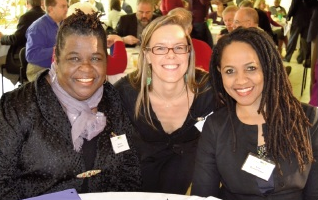