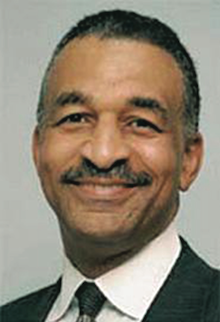 James Clingman, NNPA Columnist
Incidents over just the past two months have taken Black folks on the psychological ride of our lives. The White woman in Spokane, Wash., who passed as Black caught and held our attention; then there was the McKinney, Texas pool party incident; and then the Supreme Court decision on Obamacare, the confederate flag controversy, and the Supreme Court ruling on gay marriage. Add to that Walter Scott being fatally shot, Malissa Williams’ and Timothy Russell’s killers going unpunished for firing 137 bullets into their car, 12-year-old Tamir Rice being killed in less than two seconds after cops rolled up on him in a park in Cleveland, Freddie Gray’s death in police custody in Baltimore, and the nine church members killed during Bible study in Charleston, S.C.
It’s easy to see how Black folks can be so off balance and unfocused. And to think we haven’t even finished dealing with the Eric Garner case. We are constantly bombarded with so many tangential issues that keep us from concentrating the important ones. Life is the most important thing we have, but we are so easily swayed from cases like Eric Garner’s, to superficial issues like flags.
We are such a pliable people, and dominant society knows that all too well. We will jump on any superfluous issue the media present to us and neglect the substantive ones. We are like putty in the hands of folks about whom we complain; they can shape us into anything they want us to be, and use us in any way that fits their agendas.
A media firestorm began when the president’s said “nigger” in an interview. Many of us were steaming, others thought it was alright, and still others didn’t care at all. Nonetheless, our heads and our attention turned to that issue, and no sooner than we started to recover from the lack of oxygen caused by the White/Black NAACP branch president, we moved right into discussions and arguments about a word that the NAACP “buried” in 2007 at its convention in Detroit. There must have been a resurrection, huh?
Then, all of a sudden, after nine people are killed, the confederate flag becomes such a vicious symbol that it now has to come down. Private corporations called for its removal and stores took the flag off their shelves, quite obviously in an effort to get in front of the issue and show Black folks they really care about our feelings. Politicians did their usual thing by calling for the flag to be taken down; it seems the flag has become more important than the lives that were taken.
If the flag is so important now, it was just as important in 2000, when the boycott of South Carolina’s tourism industry was called. All they had to do back then was move the flag to another location. Reflecting on the tourism dollars lost, I am sure the folks in Charleston said, we had better do something quick before our money starts drying up again.
Another flag is also in the public scrutiny; it’s the gay pride flag. Black folks are arguing whether we should support or lambast the Supremes for their actions, which were followed by the president calling the plaintiff to congratulate him and telling him he had changed this country, and then illuminating the White House with the rainbow colors of the gay pride flag.
Then there’s the real hook, line, and sinker for Black folks. The POTUS did his Black preacher thing and then broke out in song at the funeral of the slain pastor. That did it for many of us. By the way, I wonder how many of us know about the Trans-Pacific Partnership Agreement (TPP) that the POTUS signed. “Don’t bother us with that stuff, Jim; we’re still hummin’ Amazin’ Grace – on the black keys.”
As we continue to major in the minors, constantly allowing ourselves to be dragged into nonsensical and nonproductive discussions, and held hostage by talking-head puppets on TV, the world is moving forward at a very fast pace. Our people are being killed at an alarming rate, not only by cops and fanatics but also by other Black folks. We are slipping further behind other groups in this nation when it comes to economic/political empowerment and education. We are gnashing our teeth about the disproportionately high incarceration of Black men and women. All of this, and much more, negatively affects Black people, yet we are kept off stride by what the president says rather than what he does, by confederate flags, and by other peripheral inanimate objects.
Like putty in the hands of disingenuous politicians, greedy retailers, pompous preachers posing as everything but real preachers, and surreptitious interlopers, Black people are molded into exactly what they want us to be, and we end up doing exactly what they want us to do, which includes even placing symbolism over our existential substance.
Jim Clingman, founder of the Greater Cincinnati African American Chamber of Commerce, is the nation’s most prolific writer on economic empowerment for Black people. He can be reached through his website, blackonomics.com. He is the author of Black Dollars Matter: Teach Your Dollars How to Make More Sense, which is available through his website; professionalpublishinghouse.com and Amazon Kindle eBooks.