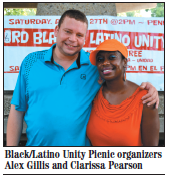 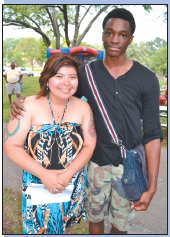 According to United States Census projections, white people will no longer make up a majority of Americans by 2043.  That means many things including a changing face in our schools, our workforce, and our electorate. The two largest American minority groups —blacks and Latinos — don’t always see eye-to-eye on certain issues both nationally and locally.  The sixth annual Black/Latino Unity Picnic was held at Penn Park this past Sunday, Aug. 24 to help break down some of those barriers, bridge the divide, and to spark new friendships and coalitions. 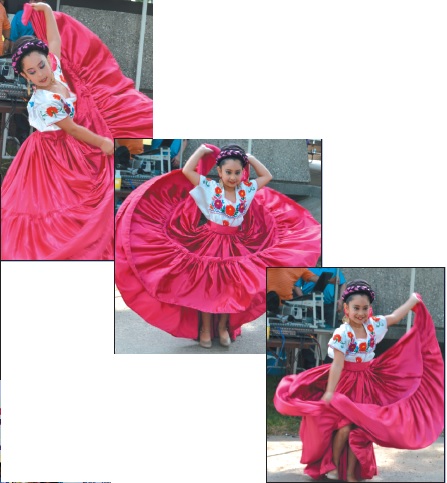 “I think that we have definitely spiked people’s curiosity. I think that it’s getting people talking,” event organizer Clarissa Pearson tells The Madison Times. “A lot of people I’ve talked to here today think it’s a great thing. There’s so much going on in this world and there are so many social problems  … I just think that people are sometimes divided about what to choose and what to pick. They are so passionate about a lot of different things.”

The organizers and emcees of the event once again were Immigrant Workers Union’s Alex Gillis and Pearson. The event featured numerous speakers, dancers, entertainers, and spoken-word poetry. The picnic offered time for people to discuss racial justice disparities, education, housing, health care,  the economy, and more.

Pearson was excited about the turnout which was very good but more black than Latino. She says that she would have liked to see more of the community leaders that she invited to the picnic show up.

“The one thing that I would really like to see is people coming together from a class perspective,” Pearson says. “We have a lot people in our community that call themselves leaders but they tend to associate with people who are on the same socioeconomic status level and who do things in the same circles. So they don’t share the same problems. I don’t see them coming together when your hands need to get dirty.

“It’s important to really listen to the people who are really struggling and working two or three jobs and that is many of our blacks and Latinos,” Pearson adds. “For many, it’s a real struggle to make ends meet, to try and make sure their kids have food and clothes, a roof over their head.”

The event is part of an overall grassroots effort to promote unity and collaboration between the black and Latino communities. The main goal of the event was to get together with good food, good music, and good conversation around issues that affect both Blacks and Latinos. Pearson said that if we could really empower the poor and the working class that there could be real change. “But our society and our community has really systematically learned how to pit us against each other,” Pearson says.

“There’s a lot of work to be done within the black and Latino communities,” she adds. “As far as blacks and Latinos, it’s just about starting that friendship. When you walk past somebody, acknowledge them. Give them a smile. Too often, we just walk right past each other.”

Overall, Pearson says that she and Gillis were happy with the attendance, camaraderie, and networking they saw going on at the 6th annual Black & Latino Unity Picnic. 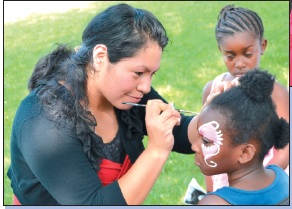 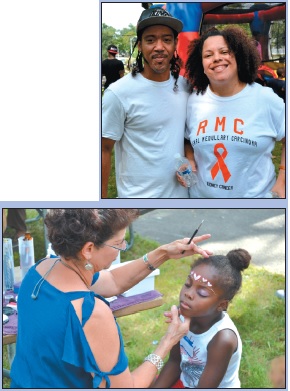 “I think we need to keep the momentum going beyond just this one great day. It starts with every time you come into contact with somebody who says something negative or untrue [about the other race] that you take that person to task,” Pearson said. “If nobody calls each other out on miseducation, they will continue to believe that. Once they hear that, they pass it on to the next person and the next person.”

Pearson says that they are looking into holding Black/Latino Unity events beyond the south side in different pockets of Madison.

“It’s great that we have it here at Penn Park every year but I also think we need to hit the east side, the north side, [and] the west side so we can get other people’s input and have other people begin to take this on, as well, and have these type of events in their own community. We need to start that dialogue everywhere in this city and to really begin to get to know each other.”