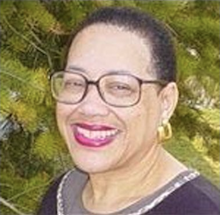 Charlene Crowell, NNPA Columnist
As the wealthy few continue to prosper, the rest of the nation is caught in a financial tug-of-war between stagnant wages and a rising cost of living. In communities of color, chronic unemployment and underemployment and a host of other social ills are added burdens to an already challenging economy.
These and other disturbing trends were the focus of the recent Color of Wealth Summit, conceived and convened by a national research organization, the Insight Center for Community Economic Development and a solution-oriented social change nonprofit, the Center for Global Policy Solutions. The two-day conference engaged prominent thought leaders to propose solutions to the growing racial income and wealth divide that has come to characterize America’s economy.
According to Maya Rockeymoore, its president and CEO, “Most organizations and policy makers focus on improving income and income supports such as safety net programs. While this approach is vital, it is not enough to build economic security for vulnerable families over a lifetime. To achieve true security for vulnerable families, asset building must be part of the strategy. Through wealth, families can have the financial resilience they need to sustain themselves in the event of a job loss or illness. Wealth also gives families the resources to invest in their future and realize their dreams. A truly transformational economic security strategy should focus on both income and wealth.”
Recent research confirms how hard it is for families that lack adequate earnings, to make it from one payday to the next. While the idea of saving is valued, for too many consumers nothing is left once basic living expenses are met.
According to the most recent report of the Joint Economic Committee of Congress:
“The same groups of people who have historically been left behind are growing in number and population,” observed Angela Glover Blackwell, a summit participant and founder and CEO of PolicyLink. “It is critical that we support asset-building programs and policies that create and protect opportunities for all families to save and invest in themselves, their futures, and their communities.”
Historically, homeownership has been the gateway to building wealth and assets. Unfortunately, the nation’s foreclosure crisis altered wealth-building for millions. According to the National Association of Real Estate Brokers, nearly 14.8 million foreclosure notices were filed from January 1, 2007 to May 31, 2013.
By late 2014, according to the Census Bureau, only 42 percent of Black families were homeowners – more than 22 percentage points lower than that of the nation (64 percent) and 30 percentage points lower than that of Whites (72 percent). The current homeownership level is the lowest since 1993.
For Congressman Emanuel Cleaver, II (D-Mo.), a summit keynoter, the discussions provided a timely connection between his work in the House Financial Services Committee and the conference’s agenda.
“[T]he collapse in home values during the Great Recession hit Black households especially hard. At a time like this, we need more affordable housing and a stronger safety net,” said Cleaver. “Both in the House Financial Services Committee and in the Congress as a whole, we have more work to do to increase opportunities for families around the country.”
According to Cleaver, FHA’s lowering of mortgage insurance premiums earlier this year, is one example of a government initiative that will bring consumers “closer to the keys of their own home.” An estimated 90,000-140,000 buyers will be assisted this year.
While most Black and Latino homebuyers have had their mortgages underwritten by government-backed programs such as FHA, VA and USDA, the greater challenge has been access to private sector conventional mortgages that over the life of a loan are far cheaper than the government-backed offerings.
The annual Home Mortgage Disclosure Act report (HMDA), quantifies by race and ethnicity mortgage lending and denials for mortgage loans. For 2013, the most up-to-date report, the data clearly reveals that while conventional mortgage originations rose slightly from 2012 to 2013, nationwide Black consumers, who are more than 13 percent of the population, received only 2.3 percent or 36,903 loans. In 2012, the same data point was even smaller, with only 26,500 such loans.
Earlier research by the Center for Responsible Lending (CRL), a summit co-sponsor, revealed that many homebuyers of color were steered into higher-cost, subprime loans – even when they qualified for cheaper ones. After analyzing 50,000 subprime loans, CRL concluded that Blacks and Latinos were almost a third more likely to receive a high-priced loan than were Whites with the same credit scores.
Additionally, research by the Center for Community Capital at the University of North Carolina found that borrowers of color and low-wealth families who received safe mortgages that were fully-underwritten during the housing crisis saw their home equity appreciate by $23,000.
“Proving that when families receive responsible mortgage loans, they are able to build a financial safety net that they can access during challenging times,” said Nikitra Bailey, a CRL executive vice-president.
“There are a number of wealth gaps that are troubling,” said John A. Powell, director of the Haas Institute for a Fair and Inclusive Society at the University of California at Berkeley, “One is the gap between the very rich and everyone else. Another is the gap between people of color and their White counterparts. What is not appreciated and needs to be explored is the relationship between these gaps.”
The policy answer to that keen insight will determine whether this and future generations will be able to reasonably accomplish what our parents and forefathers did – a better quality of life.
“America will be a people-of-color nation by 2042, and addressing the racial wealth gap is necessary to ensure sustained economic growth for all Americans,” stated Blackwell.
Ever-widening wealth gaps are not a Black, or White, or Latino problem. Nor can the dilemma become more fodder for partisan bickering. It is an American problem that deserves a response equal to its challenge.
Concluded Powell, “Our lives, our economy and our democracy are at risk.”
Charlene Crowell is a communications manager with the Center for Responsible Lending. She can be reached at Charlene.crowell@responsiblelending.org.